1. The pandemic pushed MLK Day memorials online. Portland’s 40th annual King Day observance was a virtual teach-in. During the event Black Owned Maine co-founder Rose Barboza called for Mainers to take a Black Business Pledge. “We’re asking you to look at the money you spend every month and allocate 10% of that money toward Black businesses.” Bates College in Lewiston hosted activist Dr. Angela Davis as its keynote speaker. After watching a couple of the presentations, Lewiston Mayor Mark Cayer on Monday issued a statement saying he had never done so before. “That was my loss,” Cayer added. He said that a year ago, he was “an all lives matter guy” but since then he has experienced “a year of growth in so many ways. I hope this year is filled with even more growth as well. Black Lives Matter.” (WMTW)

3. Starting this week, Mainers 70 and older can get vaccinated for the coronavirus, but it might take some time to schedule an appointment. (WGME)

4. Public schools in Bangor will not show the presidential inauguration live in classrooms on Wednesday. The school department released a statement saying it recognizes the importance of the event but is concerned about the threat of potential violence. Teachers can show clips and highlights the following day in class. (WGME)

5. The NFL’s “Final Four” teams are set to play for a trip to the Super Bowl. Tom Brady will lead his new team, Tampa Bay, into Green Bay to take on Aaron Rogers. In the AFC, Patrick Mahomes and the defending Super Bowl champion Kansas City Chiefs will have home field when they take on Josh Allen and the upstart Buffalo Bills. The NFC Championship starts at 3:05 pm and the AFC Championship follows at 6:40 pm this Sunday. (USA TODAY)

Made Hot in Maine by, The Gas Station in Lewiston! Now open at 1822 Lisbon Street. 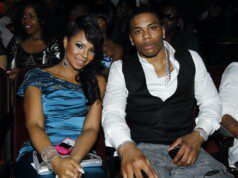 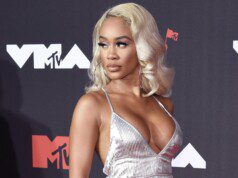