2. Ian Carr of West Bath was arrested and charged with one count of endangering the welfare of a child after being shot by his 2-year-old son. The 2-year-old found a Glock 9mm on a nightstand and fired it in his parents’ bedroom while they were asleep, hitting his mother in the leg and Carr in the back of the head. Police say a 3-month-old infant was also in the room. (WGME)

3. On Sunday, Erin French made donating to Waldo County Bounty the suggested first step in the process of trying to get a reservation at The Lost Kitchen in Freedom. Less than 24 hours later, donations to the group far exceeded $100,000 — and the funds continue to roll in. (BDN)

4. Organizers of Portland Pride announced that for the second year in a row, the parade, festival and other in-person events would not be held. Bar Harbor’s Pride Festival is set for June 11-13. Bangor’s annual Pride Parade will be held on June 26. L/A Pride has postponed their celebration in Lewiston and Auburn. (BDN) 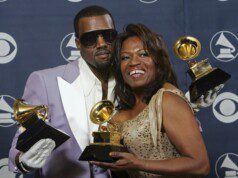