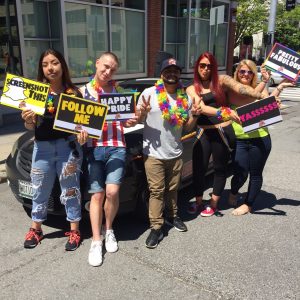 Did you get a chance to make it out to the Portland Pride Festival this year?!  If so, you may have gotten a chance to catch our crew in the parade!   It was the perfect day for a parade and festival: sunny and warm, what more could we ask for?!  The parade went from 12PM (Started in Monument Square) until 1:30PM (Where the parade ended at Deering Oaks Park).  Our crew was out with the Hot 104.7 car tossing candy and glitter galore to all in attendance.  When the parade commenced in the park, it broke up into a huge celebration of acceptance and love!  Vendors galore took to the park to sell and promote their products.  While people toured the vendors to see if they were curious in anything, live entertainment was also taking place on a stage set up in the park.  The festivities in the park continued until around 5PM when other events around the city started to happen.

Tell us – did you have an awesome time at pride this year?!  Did you see our float and what did you think?!  What was your favorite part of pride?!  Tell us in the comments below! 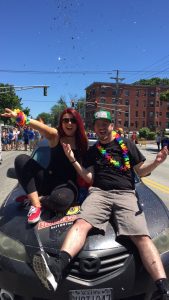 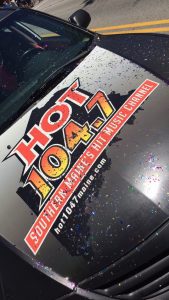