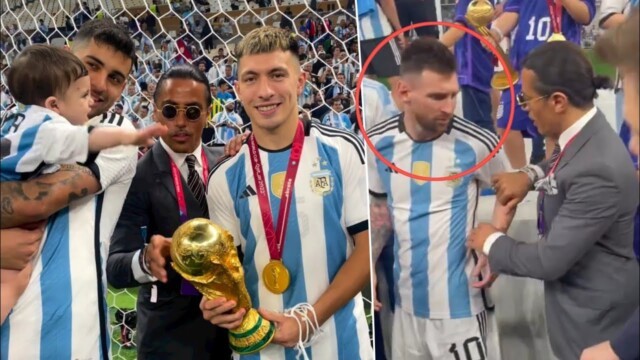 FIFA is taking “appropriate internal action” to address breaches of World Cup protocol by Salt Bae who held the gold trophy on the field. FIFA describes the trophy as “a priceless icon” which “can only be touched and held by a very select group of people, which includes former winners of the FIFA World Cup and heads of state.” The chef is regularly seen with FIFA president Gianni Infantino. No punishment from FIFA yet. But the U.S. Open Cup has vowed that the chef won’t get the chance to do the same with the U.S. national championship. They tweeted “Salt Bae is hereby banned from the 2023 U.S. Open Cup Final.”

🚨| FIFA are investigating the circumstances which led to ‘Salt Bae’ gatecrashing the World Cup celebrations.

His access to the pitch was unauthorised and the rules state that only the World Cup winners and heads of state are allowed to touch the trophy during the ceremony. pic.twitter.com/JGaNeNhDEq