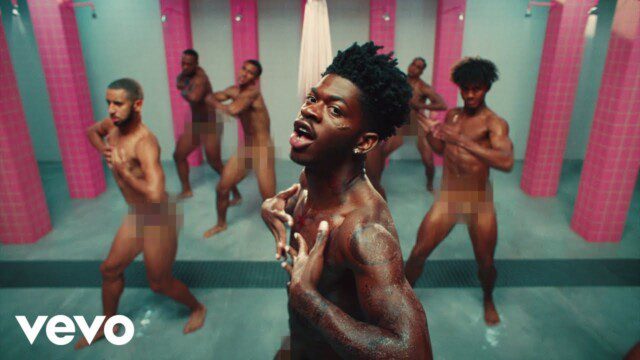 In his latest music for “Industry Baby” with Jack Harlow, Lil Nas X is throwing a dance party in jail with a slew of naked men. Harlow tweeted “Nas wrote the whole treatment for this video and I followed his lead every step of the way. If he had asked me to be in that shower scene I woulda been in that shower scene. I just let the mastermind cook. Honored to be apart of it.” Lil Nas X offered his response: “lemme explain. lil nas = gay so he wit boy. jack harlow = straight so he wit girl. got it??”

Lil Nas X also tweeted – “on a serious note, i know the pain that incarceration brings to a family. and the disproportionate impact that cash bail has on the black community. that’s why i teamed up with @bailproject to create the Bail X Fund. let’s bring people home! http://bailxfund.com.”