If you went to see the new Minions movie over the weekend you might have noticed a ton of teenagers wearing Minions costumes and you can thank TikTok for that. The TikTok meme #GentleMinions has been gaining strength throughout the long holiday weekend as teens showed up at cinemas dressed in suits and scarves, the go-to uniform for the supervillain Gru to watch the film. These spirited fans definitely helped the film have a big weekend! Even Universal thanked them on social media. “to everyone showing up to @Minions in suits: we see you and we love you 🫶.” Universal Pictures’ official TikTok account also endorsed the #GentleMinions movement. The account has attracted 3 million followers since launching 10 months ago, with 1 million coming from the last week. Unfortunately, some cinemas have started banning those participating in the “gentleminions” saying it’s disruptive. Videos of the trend often using Yeat’s track Rich Minion show large groups walking up to theaters and cheering during the film. The Rise of Gru made an estimated $129 million domestically for its four-day opening weekend. This family film broke the record for the biggest opening over the July 4th holiday weekend, overtaking Transformers: Dark of the Moon which made $115 million in 2011. 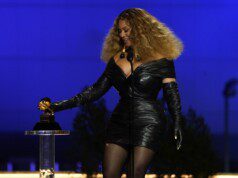