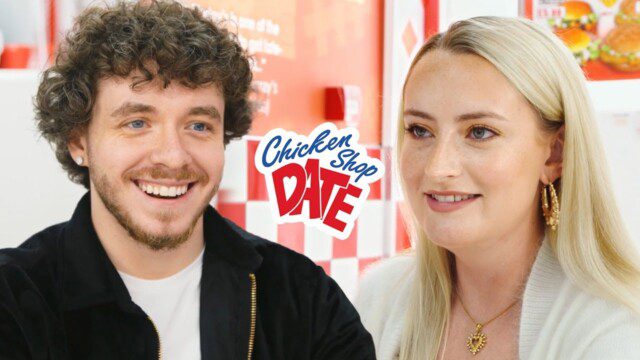 The newest episode of ‘Chicken Shop Date’ dropped Friday with Amelia Dimoldenberg & Jack Harlow! Jack talked about his favorite type of woman, revealed his best pick up line and also what he feels is the most romatnic gesture. He also revealed that when he finally has kids he wants to have daughters and specifically 8 of them. It’s been a busy week for Jack Harlow who performed live at the MTV VMA’s and then attended the annual Met Gala. Check out the interview below!