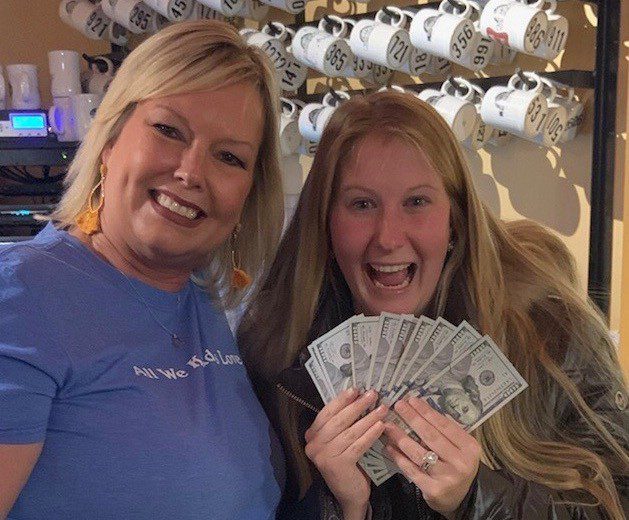 Congratulations to our Week #3 Hot Radio Maine Partners Bank Secret Santa winner, Victoria from Buxton. She tracked down our third Santa, Mary, at her place of employment Wednesday at 5:34PM. Here’s how the clues broke down…

These are all the clues Victoria from Buxton needed to find Mary, a bartender at the Scarborough Portland Pie, and win her $1,000.

New Hot Radio Maine Secret Santa hits the streets of Southern Maine on 11/25 with another $1,000. Listen for clues weekdays at 7:20AM w/ Ryan and 5:20PM w/ Hayley. Clues will be posted on IG, Twitter, and FB 20 minutes later. Use the clues. Find the Secret Santa. Be the first to ask him or her the correct question, exactly as it is here – “Are you the Hot Radio Maine Partners Bank Secret Santa?” and WIN $1000.