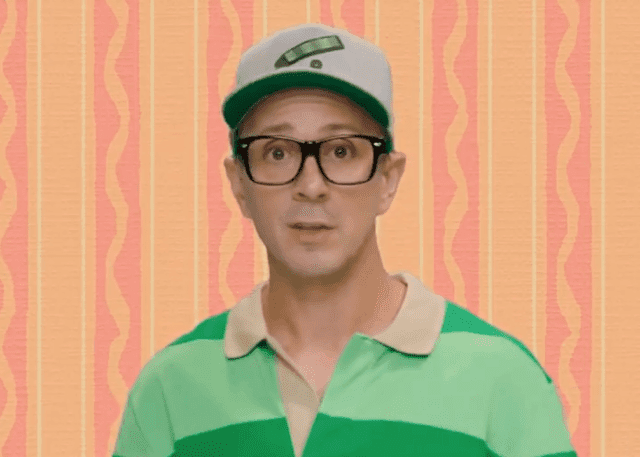 The original host of Nickelodeon’s show ‘Blue’s Clues’ Steve Burns popped up on social media with a heart-warming message for all the now grown-up fans of ‘Blues Clues’. He started off by saying “You remember how when we were younger we used to run around and hang out with Blue, and find clues, and talk to Mr. Salt, and freak out about the mail, and do all the fun stuff? And then one day, I was like, ‘Oh hey, guess what? Big news… I’m leaving,’” He went onto explain that he left the show to go off to college and how his life has changed since being on the show. He then went on by saying “Look at all you have done and all you have accomplished in all that time,” Steve said. “And it’s just… it’s just so amazing, right? I mean, we started out with clues and now it’s what? Student loans, and jobs, and families, and some of that has been kind of hard, you know? I know you know.” This was definitely one of the more heart warming social media moments of the past year!

So about that time Steve went off to college… #BluesClues25 pic.twitter.com/O8NOM2eRjy