1. You know the world’s on edge when being drunk and stupid on a plane instantly gets you flagged as a suspected terrorist. Such was the plight of British Airways passenger Kamila Dolniak, a Polish citizen who tried to open an exit door mid-flight on a trip from London to Boston yesterday. “Lots of people thought the worst,” one passenger told The Boston Globe, but it turns out Dolniak was just extremely intoxicated, and her attempted high-altitude escape had nothing to do with ISIS or Paris. Nevertheless, she was taken into custody on a charge of interfering with the flight crew.

2. Since the Paris attacks more governors are lining up in opposition to allowing refugees from Syria into their states. That number is now up to 28. LePage adamantly opposes any effort to place Syrian refugees in Maine. He says he will take every lawful measure in his power to prevent them from coming here. Critics say the refugees are trying to escape the same terrorism those governors are lashing out against. “What happened in Paris was a tragedy, but we have to be careful not to react out of fear,” said Alison Beyea of the American Civil Liberties Union of Maine.

3. Looks like Big Papi will retire soon! According to Fox Sports’ Ken Rosenthal, David Ortiz will retire after the 2016 baseball season. Big Papi has spent 12 seasons in a Red Sox jersey, winning World Series titles in 2004, 2007 and 2013.

4. Remember the Rockland man who stopped a burglar from breaking into his apartment by shooting and injuring him? Now that man is taking legal action against his landlord who told him to get rid of the gun or get out.

5. The Oxford Dictionary has chosen their Word Of The Year for 2015… and it’s not even a word at all! An analysis of words and emojis, or icons used to express an idea or emotion, showed that the ‘Face with Tears of Joy’ emoji “best reflected the ethos, mood, and preoccupations of 2015,”  according to Oxford University Press and SwiftKey.

Meet the “Word of the Year:” 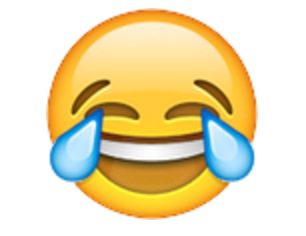