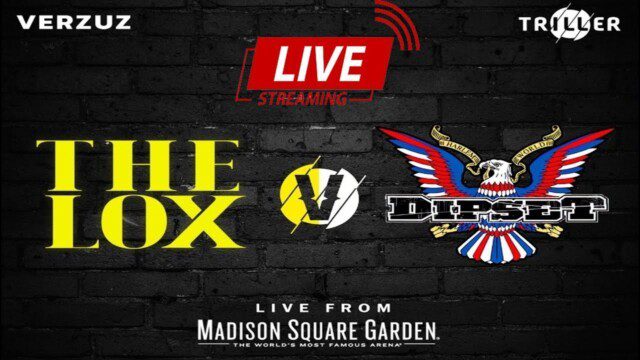 On Tuesday night The Lox (Jadakiss, Styles P, and Sheek Louch) battled Dipset (Cam’ron, Juelz Santana, Jim Jones and Freeky Zekey) in a VERZUZ battle live from the Hulu Theater at Madison Square Garden in New York City. There was absolutely no love lost during the event with plenty of trash-talk and disses during the entirety of the battle. According to many viewers Jadakiss was the clear star of the event taking multiple jabs at Dipset. Fat Joe, Carmelo Anthony and a few other celebrities were spotted the live event. When it finally came to the end and viewers thought tensions were high both sides announced they will being joining eachother for an upcoming tour! Who do you think won?!

“Are you kidding me? We got Grammys! These n*ggas don’t know what Grammy’s look like. They know what grams look like” 😂

Jadakiss is on they neck tonight & Juelz Santana set himself up with this one. #Verzuz #VerzuzTV #VerzuzBattle pic.twitter.com/b8Rb2AMJ17