Nothing Miley Cyrus does should shock us anymore. That’s why it should come as no surprise that she is planning to perform an upcoming concert with The Flaming Lips completely in the nude. The band, who collaborated with her on Miley Cyrus and Her Dead Petz, will be nude as well. The titillating news came from a post on Wayne Coyne’s Instagram account yesterday, in which he explained that the concert will be filmed for the video for “The Milky Milky Milk.” By the way, the audience will also be naked–and sprayed with something that looks like milk. There’s no word yet on when or where the concert will take place. 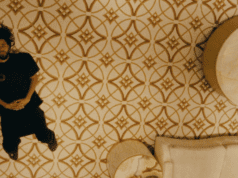